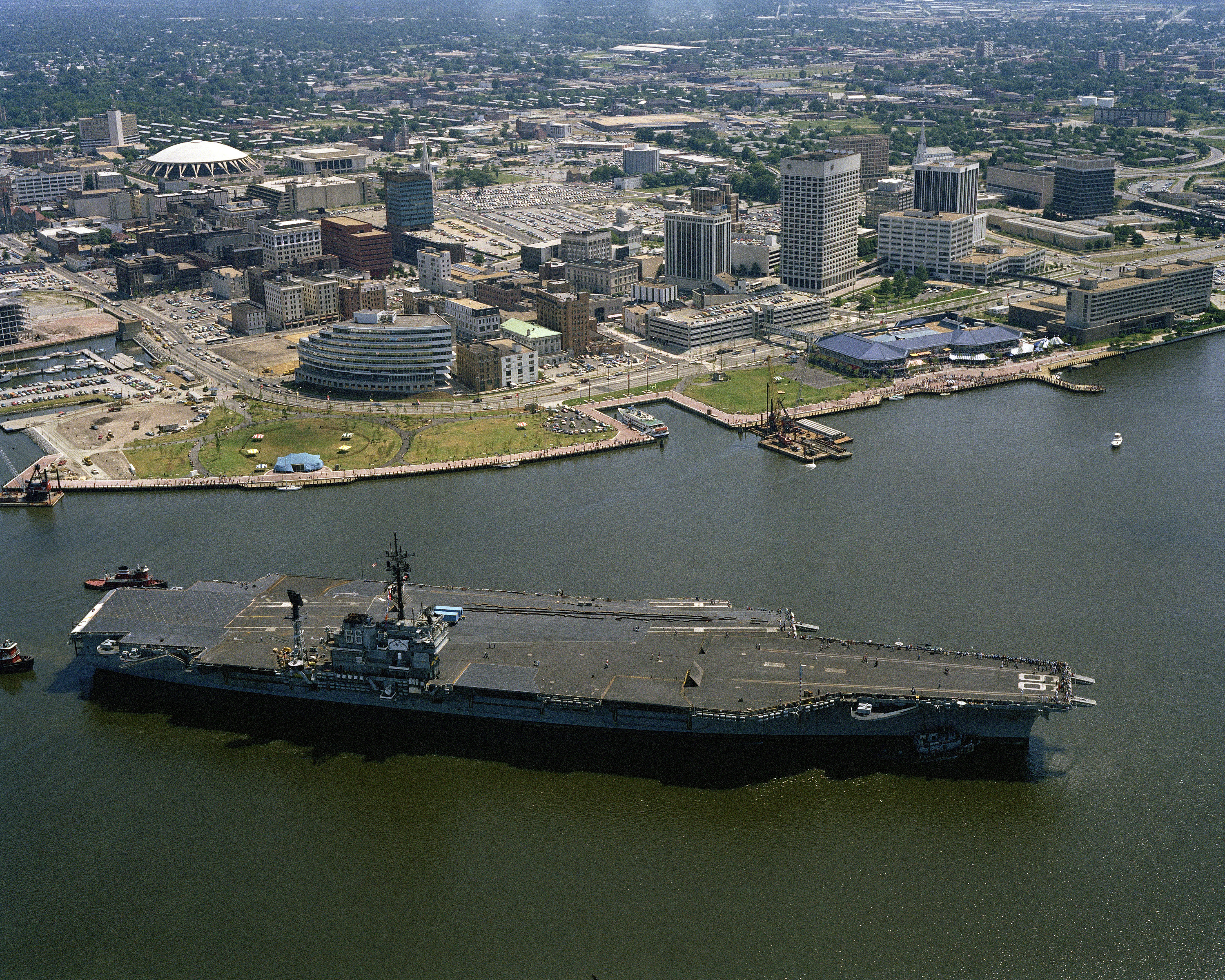 Please note: this is the USS America. The carrier in the PBS doc is the USS Nimitz.

Has anyone else been watching this documentary? It's totally fascinating. It's all about life in the Navy on an aircraft carrier. Usually you only get the Hollywood story of the pilot (I can hear "Take My Breath Away" right now...). But for this documentary series, they tell about the lives of everyone: pilots, deck swabbers, chaplains, personnel liasons, everyone.

Last night they focused on religion & faith "on the boat." These carriers are like tiny floating villages -- but unlike the uniformity found in most small communities, this floating village has people from all walks of life. The two most remarkable stories were that of the younger Catholic man & a younger Pentacostal man.

The Catholic guy was actually considering becoming a priest. He is funny, silly but clearly intelligent. He has trouble concentrating and taking things seriously when being trained. However, he is also devout in his faith. He says, "I am Creationist. I mean, I don't walk around with a t-shirt that says, 'I believe in Creation Theory' or anything like that...but yeah, I believe."

Then we see him giving the readings at Mass on the ship. The priest, he explains, has been giving him public speaking lessons. There's also a scene with him talking to other shipmates about becoming a priest and what that entails giving up. One other guy says, "Nah, I couldn't do it." Then the conversation gets a little --well, they talk like sailors because...they are.

I must also mention the best friend of this guy. A different kind of guy, one who clearly doesn't know who he is and what he believes, but he likes having this friend he met on the boat. He departs early, from Australia, and says at his good bye dinner, "I learned a lot from you."

I'd be lieing if I didn't say there was a tinge of fondness that seemed more than friend-like in both of them, but that's conjecturing on my part. It's more like those close friendships gentlemen used to have in the old novels from England. Close but not flat out gay just because they're close.

More on the other man in the next entry....
artsy stuff carrier on pbs commonplace book in the pines Television