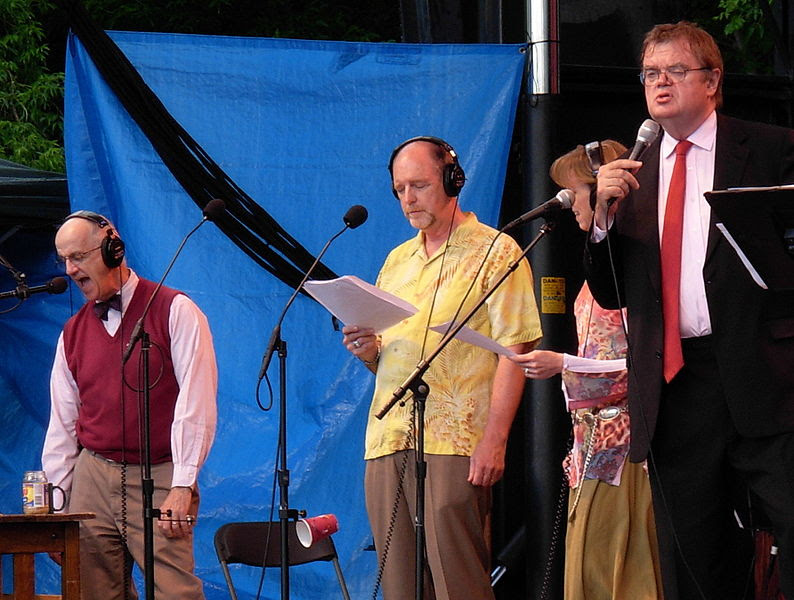 This Saturday, I went up to Maine to see "Prairie Home Companion" live from the Bangor Auditorium. Though the traffic was atrocious, stretching all the way back to way before the exit ramp & we didn't think we'd make it in the show on time, we still were able to see all 2 and a half hours of (15 before going live, 2 hour live show, 15 after off air). It was mighty fine.

The set looks just like the one in the movie. Garrison Keillor wears a suit but also wears Chucks--red ones to match his red tie, in this case. They had a "Bob the Artist" skit, the ennui couple skit (not the ones who need ketchup, though), attack of the mutant lobsters necessitating time for Powdermilk Biscuits and the news from Lake Wobegon, but no Guy Noir or Dusty and Larry. They did some jokes about Stephen King, played the Stein song (my favorite part because I'm a dork) and did a little song about the screwy manner of talking about directions in Maine. That is, up is down because from Lewiston you go "up" to Portland. North is over, because Down East is the northeastern most coastal region and...I can't remember the third one. But it was funny. And we all sang "You Are My Sunshine" which was fun. 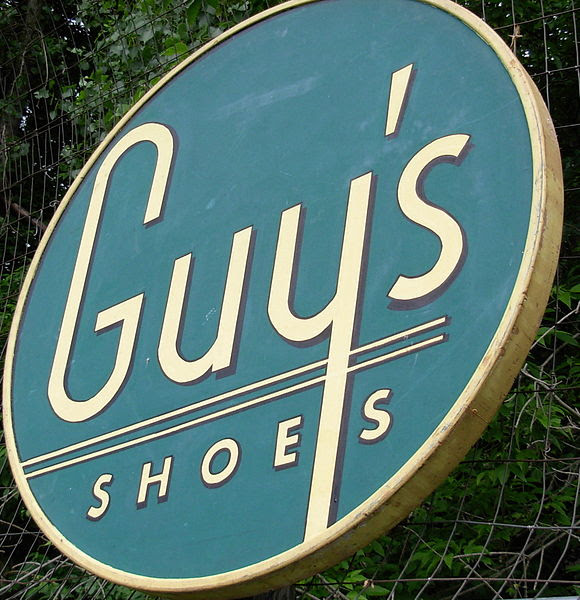 Afterwards, we went to the Bangor Sea Dog, which I hadn't been to since November 2006. (I'll always remember that time because its when I met my friend Curt, who is now a GM for a minor league baseball team in Reno, which is a pretty cool job--if you like baseball, which I clearly do.) The sound effects guy, Fred Newman, and Andy Stein of the "Guy's All-Star Shoe Band" were at the table behind us. Sadie and I started chatting with them. Some of the band members played a concert in Rumsford tonight (gag). Sadie told Andy (we're BFFs now, so I just call him Andy) that there's a lot of cocaine use in Rumsford Mexico and also, a dirrrrty strip club with picnic tables for seating. Then she told Andy about her husband's bachelor party, in which 2 of the strippers from Rumsford were hired and they took off the belts of all the guys in the wedding and whipped them with their own belts. Yeah. Upon 1st meeting the PHC guy, this is what Sadie tell him. Andy was a pretty good humored guy and thought Sadie's stories were entertaining, or at least laugh about them and everything, and was really nice, but I can only imagine him thinking, Who the eff are these people?" Hilarious.

Fred Newman is not the sound effects guy in the movie version of PHC. When I asked him about this, he kinda freaked out in a joke-but-serious way, telling us that there was a sound effects guy who did all the shows in St Paul, and him, who did all the shows on the road, and he was, "the only cast member who wasn't in the movie so thanks so much for bringing that up because I'm not bitter AT ALL." But I just looked him up on IMDB, and he has way more teeny bopper connections than the rest of the cast -- who are all now one degree from LiLo. Because he used to host the Mickey Mouse Club, so he's got THREE tabloid stars in which he is one degree from (Britney, Justin, Christina), not to mention Oscar nominee Ryan Gosling and also Kerri Russel, so what's he complaining about?