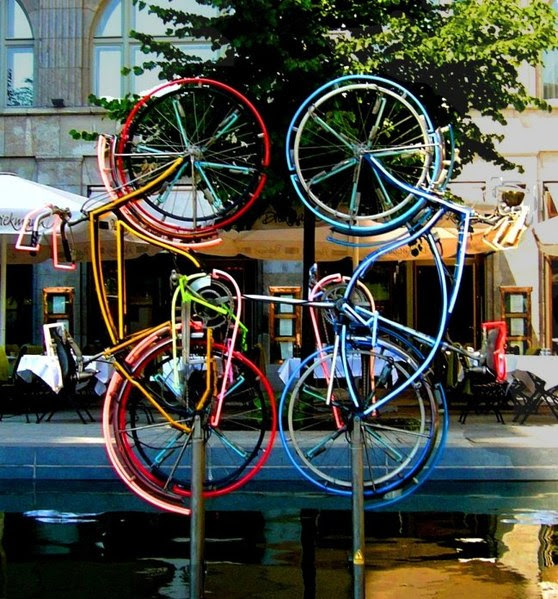 Robert Rauschenberg passed away earlier this week. If you don't know his work, NPR just did a very comprehensive remembrance:
http://www.npr.org/templates/story/story.php?storyId=90411572

I learned about Rauschenberg when I took the "Black Mountain College" course my final year at UMaine from Steve Evans with guest professor Robert Creeley.

After that I hadn't thought much about Rauschenberg until I went to the SFMOMA in 2003 during April vacation (my first April vacation as a teacher). They had an exhibit that featured Rauschenberg's work prominently, and I was grateful for the course I had taken two years beforehand, which enhanced my appreciation for the exhibit.

That course was something else, I tell yah. (That's the 1950s way to say it, which is how a lot of the quotes sound in Duberman's book about it) and I had no idea how lucky I was to have been in it while I was there.

So, here's to Robert Rauschenberg. Thanks for being so kick ass.