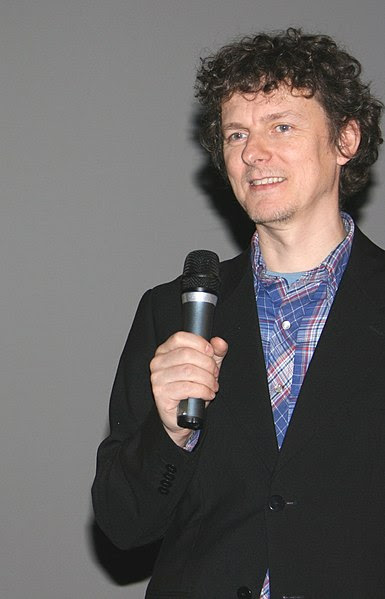 All you have to say to get me to see a movie is Michel Gondry and I'm there. The Science of Sleep and Eternal Sunshine of the Spotless Mind are two of my favorites. I have to say, though, I was skeptical about Be Kind Rewind. It sounded too silly. Mos Def and Jack Black are best friends. Danny Glover is Mos Def's foster father and e owns a run down video store in Passaic, New Jersey. After a freak accident, Jack Black accidentally erases all the tapes and so they remake the movies themselves.

Sounds stupid, doesn't it? But instead, it is so sweet and fun, and really funny, too. I think it's because watching the characters remake the film is so enjoyable for the viewer. The imagination used, the capturing of our favorite scenes, the distillation of the movies we all love into cleverly recreated snippets using very low special effects and camera tricks. It's giggle-inducing.

Plus there's the underlying plot about city gentrification and trying to save old neighborhoods and things like that, that are treated in ways in which they're not usually treated in movie that make you feel good after watching them.

Just like with any Michel Gondry film, there's multiple layers going on, too. It's working your senses on many levels, so watching just once isn't quite good enough and owning is well worth it, because you spot something you didn't previously, or realize something you hadn't before.

Definitely not mainstream. Definitely quirky. At times silly but quite conscious of its silliness. Totally a smile maker, though.
artsy stuff be kind rewind commonplace book in the pines michel gondry movies and film