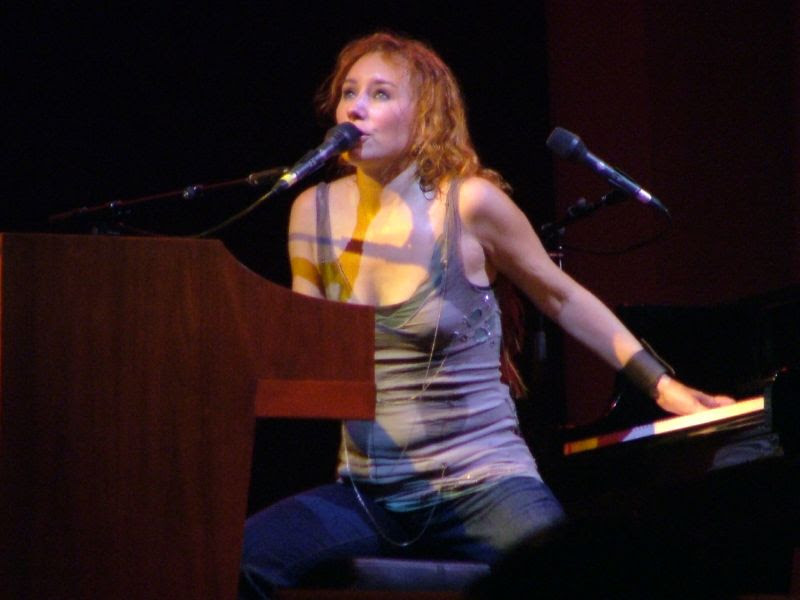 Comic Book Tattoo came out on Tuesday but I didn't get it until today. I am slipping in my old age of 30. If this were 15 years ago and a giant book of Tori Amos's songs turned into comic "graphic novellas" came out, I would have been at a book store that stayed open 24 hours and purchasing the book at midnight.

With age comes patience. Instead, I waited 3 days. I strategically set up my trip to the bookstore to coincide with avoiding traffic after work.

So, what do I think?

A story, to show instead of tell what it's like: I sat down on the bench in the magazine section with the mammoth square book (about 12" x 12" x 2") next to me. I flipped through the first two (Flying Dutchman and Bouncing Off Clouds) and then got to Girl. Whoosh.

I effing cried on the bench in the magazine section of the bookstore.

What a dork. But it was that good at capturing that song.

How is it that songs from sixteen years ago can still just knock you out with their prescience? I was in ninth grade when I heard this song. And now, more than ever, it is still kicking my ass. Because I always sang it to, or rather AT, my dad (not literally, but later, when alone in my room) when I was pissed off at him, which was often. Fire and ice, oil and water, all that. So, now that he's gone, this song kicks my ass a lot further than it used to. Because it reminds me of a situation I'll never be in again: pissed off at Dad after a fight.

This artist who wrote the comic for "Girl" even had the main character's father deceased. Yikes.

No wonder I cried reading a comic in the magazine section of the book store.

Anyway, I'm sure the rest will be just as engaging as the songs themselves. If you're as devout as I am, I'm sure you already have it or it's on you list. If you're in the middle, go check it out. It's really something.
artsy stuff Books Comic Book Tattoo commonplace book graphic novels in the pines Music Tori Amos