on September 06, 2008
Last night R ene and I went to Fugakyu in Coolidge Corner for 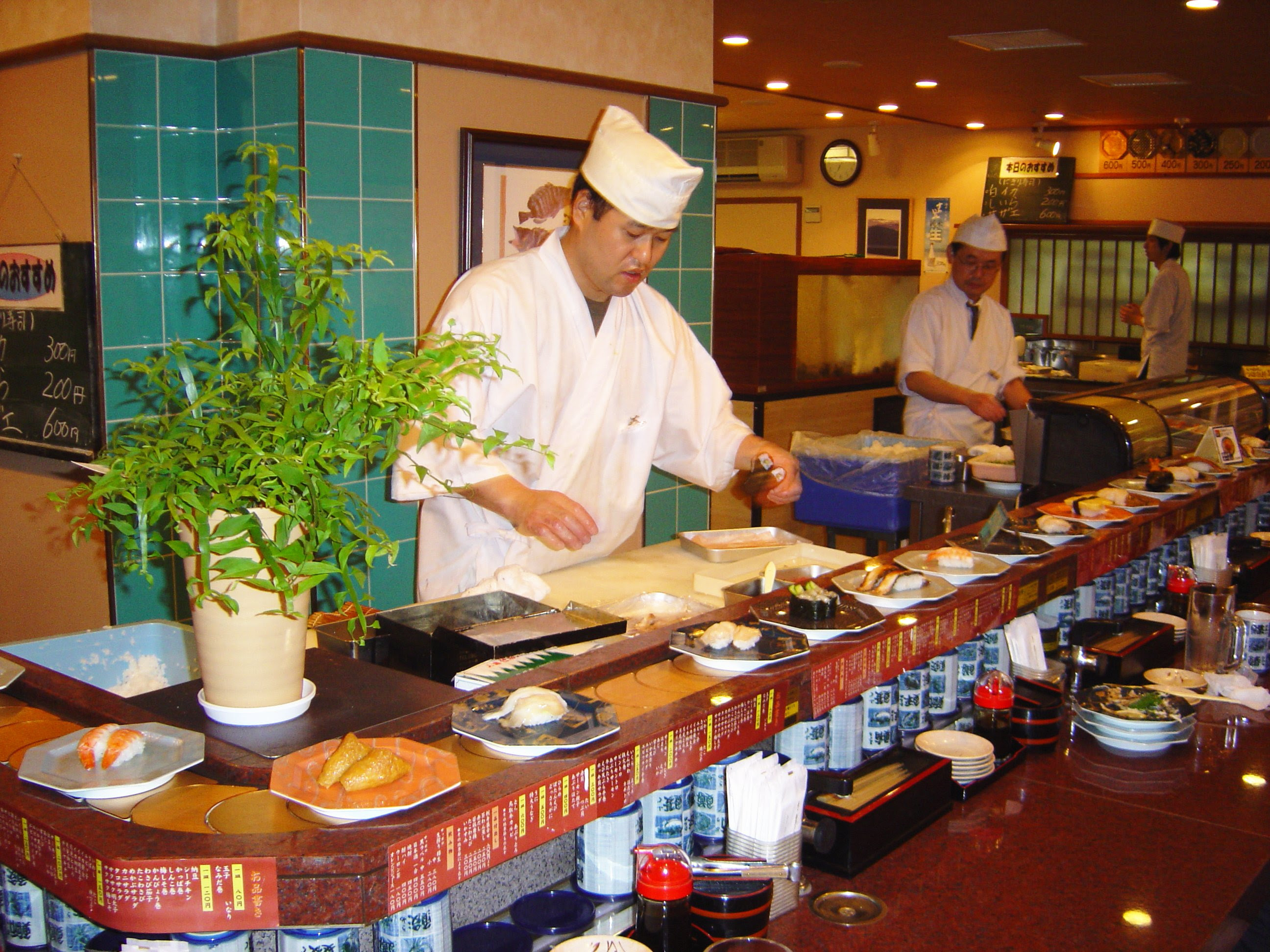 sushi. We sat at the sushi bar because the wait for tables was silly, it being the first week of college so Brookline is crawling with students in their new back to school trendy duds.
I had the sake sampler - three small portions of different types of sake, one with "pulverized rice" so that it was a cloudy white. The other two were more "traditional" and I liked the middle one most but didn't think to write down the names of them. Ah well. 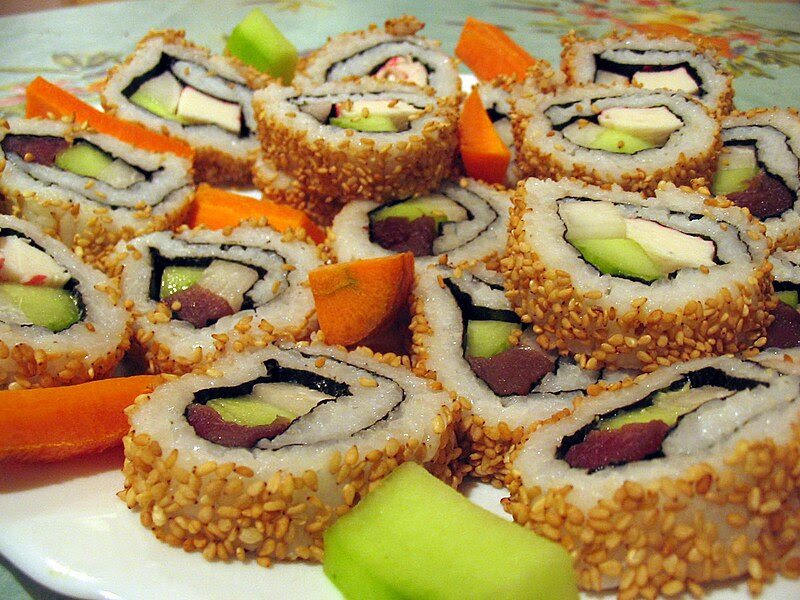 The old standbys of avacado and spicy tuna were especially delicious (esp. compared to the Roche Bros. type that we've been eating since we moved to The Dub Rock). Our adventures were with the Volcano, the Garden and the Pine-Tato sushi. Garden was menh. Volcano was very flavorful and spicy, but I don't know that I'd get it again. But the real surprise of the sushis was the Pine Tato adventure: sweet potato tempura and grilled pineapple maki. Who'd've thought that this would be a fantastic combination? But it was; almost like a dessert and the warm veggies in the center were delectable. 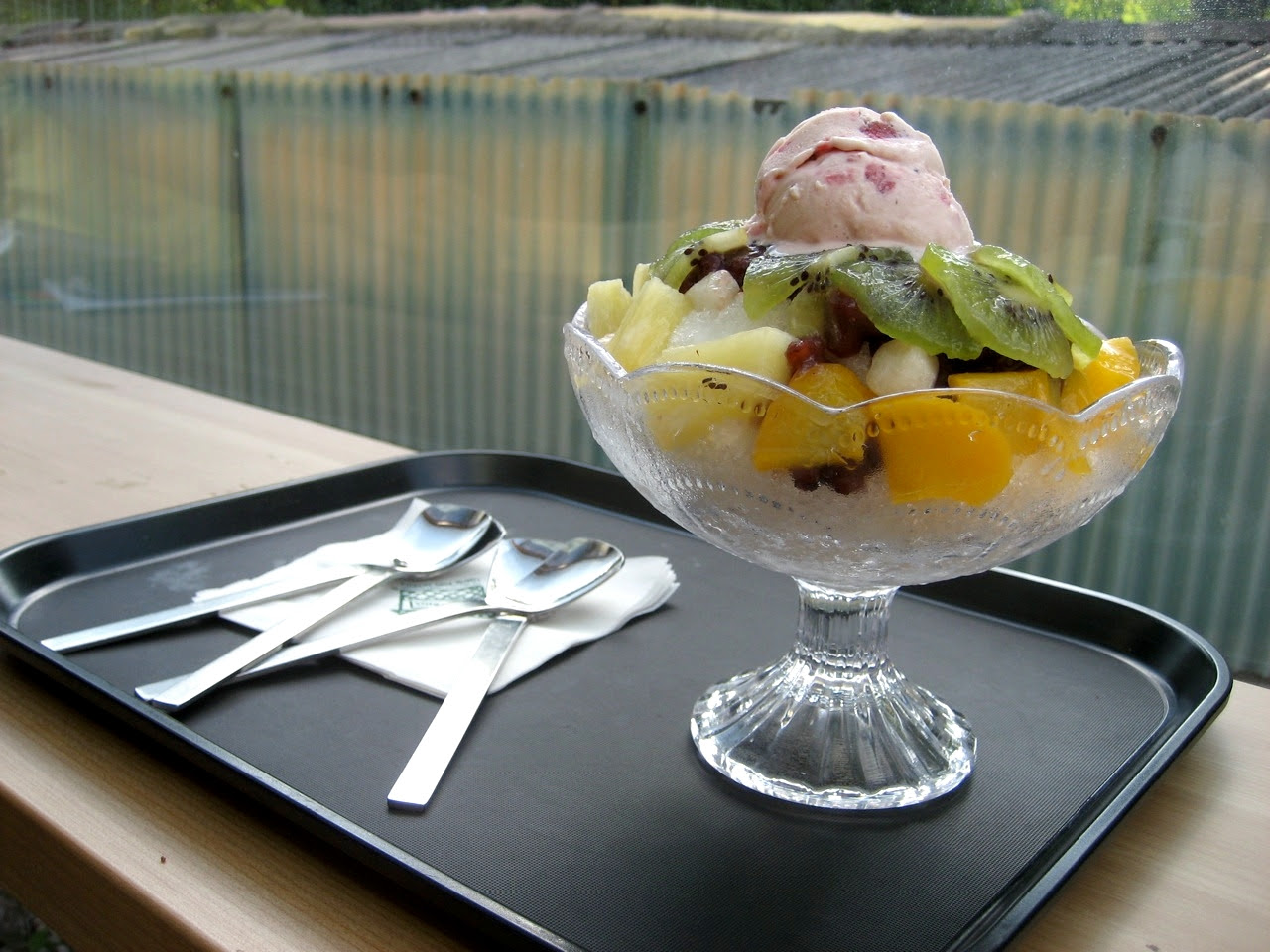 However, I took one last adventure on my own, because I was still hungry, and that adventure was: Red Bean Ice Cream. I know, strange. But guess what? It was soooo fricken good! And then I googled "red bean ice cream" and "red bean smoothie" and there's a BIGILLION hits for it out there. So I'm not the only fan. I guess red beans are often used in Chinese and Japanese desserts. I've been wondering how to get more legumes in my diet. I never thought to use them as a dessert! Now I'm going to troll for recipes...
Bon Appetit!
a vegetarian notebook All Recipes foodie things Fugakyu Brookline red bean ice cream sushi