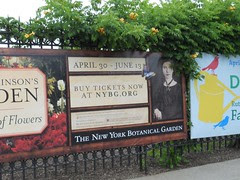 The New York Botanical Garden recreated Emily Dickinson's garden for a temporary exhibit that lasted until June 13. I got there just in time, on the last day. 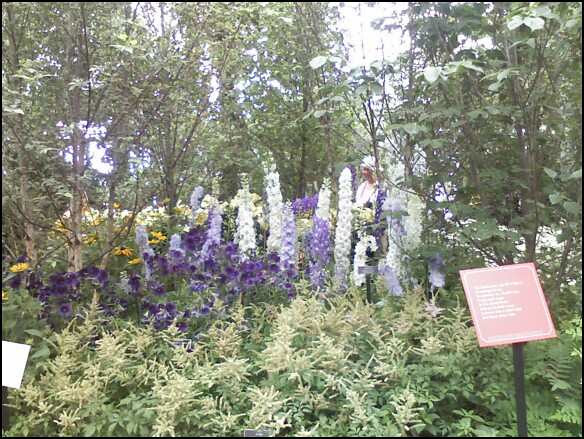 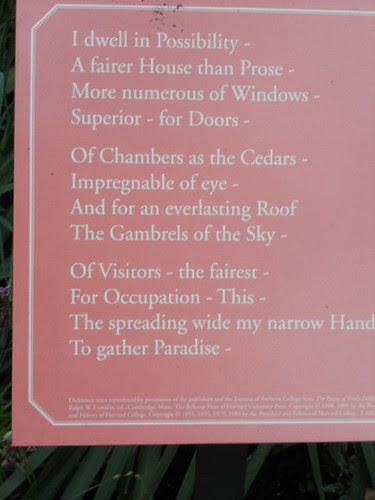 The garden recreation was based on her poems, her letters and the letters of others, and architectural plans from the time she lived at the Dickinson Homestead in Amherst, Massachusetts. 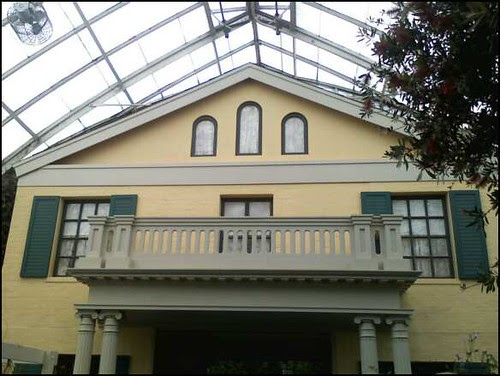 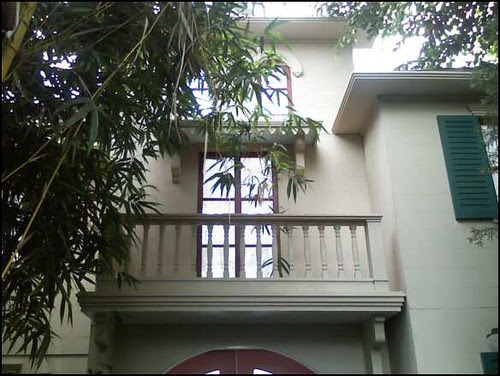 The exhibit was housed in a wing of the Haupt Conservatory. Just like the actual house, the exhibit was bordered with hemlock bushes. 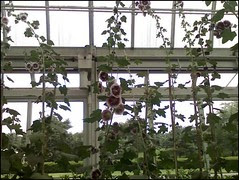 They had her edibles in the beginning: corn, greens, beans, peas, herbs, fruits. Her mother was such a good gardener she was even able to cultivate figs despite the harsh winter. (Used a green house effect from the North side of the barn or something like that.) 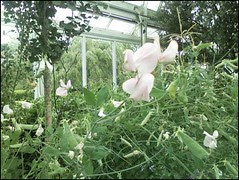 During Em's time (Em, as if we were BFFs) flowers had certain meaning. She played with this "language of flowers" in some of her writing, too. She likened herself to a daisy. Daisies meant innocence, purity, or simplicity. Orange lilies meant passion. 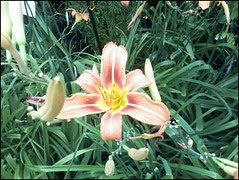 There was also an exhibit of some of her "memoribilia" and other artifacts from her time and place in the library. 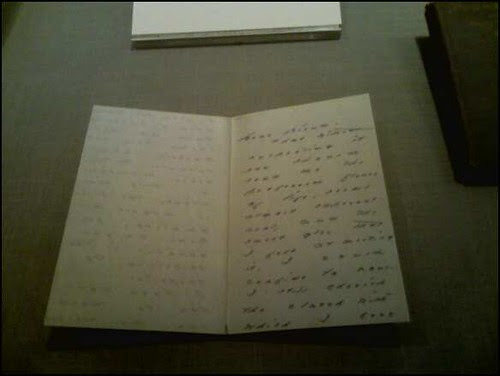 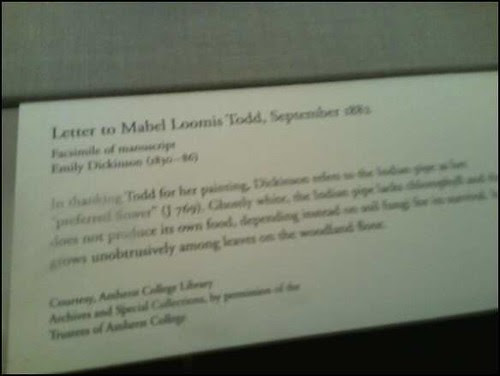 I caught the exhibit on the very last day, thank goodness. But I'm sorry to see it go. It would be nice if something like it were recreated at the actual Homestead, now a museum dedicated to Emily Dickinson, in Amherst.

For more about the "Language of Flowers" this wikipedia entry has a good outline and then lists reliable further resources.

I want there to be an identifying book with pictures, English names, botanical names and identifying characters, and perhaps tips how to grow you own. Maybe I'll have to be the one to do it, though! Ha!

This day at Emily's garden, with a marathon reading of her poetry occurring at the Perennial Garden and 37 poems of hers posted along the walk from the entrance to the Haupt Conservatory was a nice *poems & poetry* yin to the *poetics* yang of the day before, which was spent at Columbia University for the Rethinking Poetics conference. 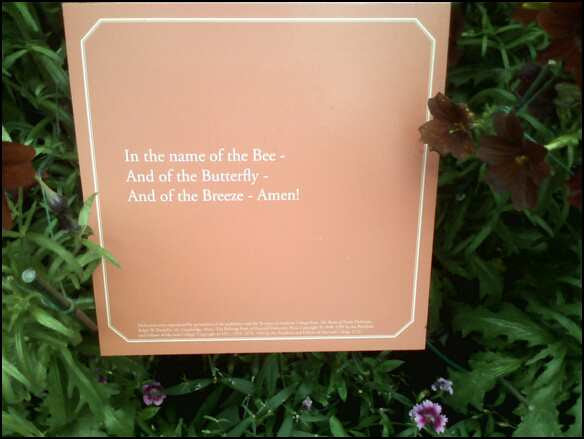 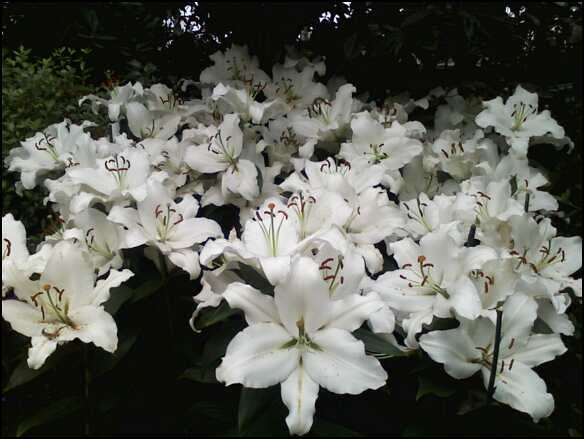