John Wieners and the Symbolists: No Such Thing As New Ideas

I had a bunch of books sprawled out at the table today which lead me to make a literary connection that the mess in front of me had brought to mind. I was thinking that John Wieners could be considered a literary descendent of the Symbolists. First I thought he'd be mostly closely connected to Rimbaud, but then after some more pondering I felt Baudelaire would be the close match.

"Oh my God!" I literally shouted just now as I was researching more about my thinking on the connection of Wieners to the Symbolists (bad thing, too, as I'm doing this researching at work, in the library, as the librarian, therefore I should be hindering outbursts, not making them.):

Robert Duncan in The Nation writes: "John Wieners may be related to Baudelaire, whose artificial paradise was raised in despair and yearning for, but also in accusation of, the Father, and more immediately to Rimbaud, whose illuminations also (fire stolen from Zeus or sound from God) were flashes, grains of light...."

There are no new ideas, but it is nice when an idea of mine comes to mind and it turns out others, especially others I admire so much, have thought the same thing. 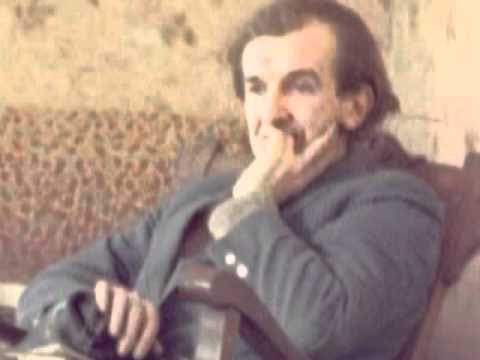 "My themes are heartfelt ones of youth and manly desire. Their subjects are despair, frustration, ideal satisfaction, with Biblical and classical referential echoes. Their forms are declarative, orderly and true, without invention." ~John Wieners as quoted in Raymond Foye's entry in "The Beats: Literary Bohemians in Postwar America"

That quote of his can connect him to both Rimbaud (youth, Biblical) and Baudelaire (despair, frustration, classical) and Verlaine (desire) and Mallarme (ideal satisfaction, orderly and true).

As usual, I find Raymond Foye to be one of the best critics on John Wieners, articulating so precisley what makes Wieners the special and amazing poet he is. More on that in another entry, coming shortly. (Was going to be part of this one but then got too long and off topic).
More from Robert Duncan's The Nation article:

John Wieners may be related to Baudelaire, whose artificial paradise was raised in despair and yearning for, but also in accusation of, the Father, and more immediately to Rimbaud, whose illuminations also (fire stolen from Zeus or sound from God) were flashes, grains of light, from grains of hallucinatory drugs…. [Wieners] derives from whatever songs of unrequited and unhappy love, transient rapture, enduring tenderness—from Rimbaud or Baudelaire, but also from blues or the high speech of Elizabethan theatrical passion—all that might provide a tradition for what is most real in his own life. It is a great tradition of what is most real; not only poets but seers and prophets have reiterated the ultimate value of an ecstasy that is identified with sexual orgasm, with sight beyond sight, with divine or demonic inspiration…

We are aware that for this poet intense experiences are realized as song…. [A] graceful rigor seems to be Wieners' natural mode; we feel the force of deliberation in his most free forms—he is never casual. The grace is miraculous, for he aims at intensities, he is moved in intensities, by orders that shape and then restrict feeling to the ardent. In certain poems,… this force is so strong, emotion so entirely moving toward the form of the poem, that no element of putting into words comes into it; he must indeed, as he testifies in 'Let the heart's pain slack off,' listen to an inner voice…. His mind seems so all heart, his heart all mind. (p. 596)