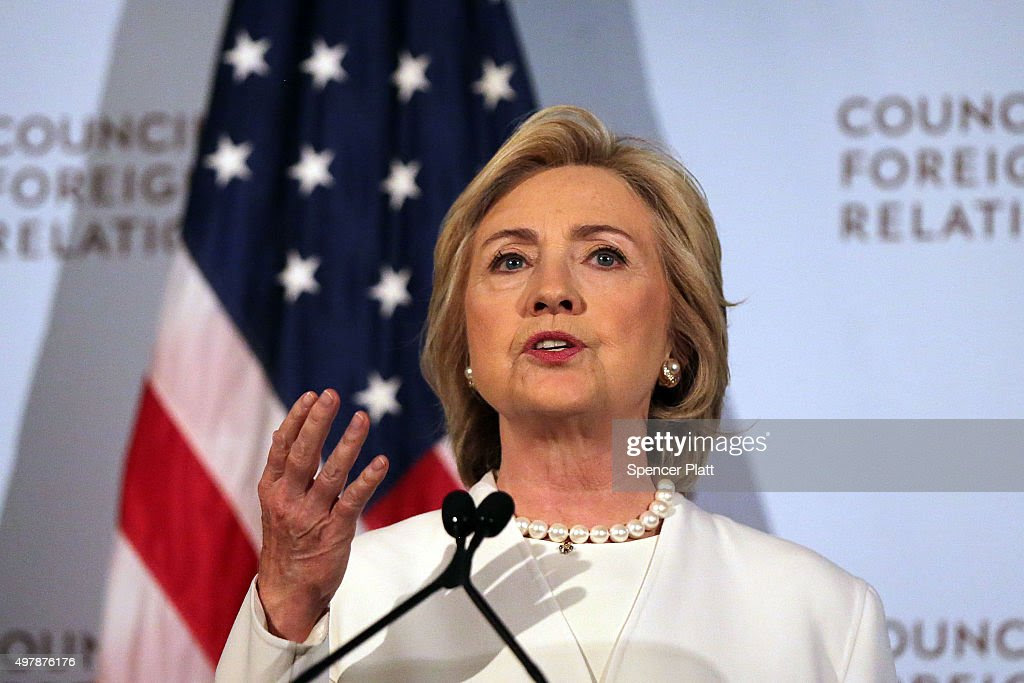 Hillary gave a speech outlining her policy on defeating Daesh and jihadism in the Middle East and its reach beyond. It's a comprehensive, clear but nuanced articulation of her solution to facing this crisis. The speech she gave was about a half hour long. If you have the time, I'd watch it.

For me, it was calming, in a way. There is so much nasty, jingoistic rhetoric from Republicans and just incomprehnsible unfocused from leading Democrats, that I needed this intelligent anchor from someone to help see the whole storm clearly. Frankly, for the first time in a while, I was feeling disappointed in the President. I'm a huge Obama supporter, but the reaction to Daesh and what is happening in Syria, Lebanon, Egypt, and France wasn't urgent enough for my expectations. Hillary's speech layed everything out and offered a solution. Not that what she proposes sounds easy, but that she had a purpose and vision, especially far more practical and plausible than "I would bomb the shit out of them," was a relief.
artsy stuff commonplace book council on foreign relations daesh hillary clinton Politics